Today it costs more to raise dairy heifer replacements than to purchase one, but farmers prefer to raise their own due to controlling genetics and management of these heifers for the milking herd.  Farmers have recognized breeding a heifer to give birth to her first calf at 23-24 months of age is the optimal time for her to enter the milking herd and maximize her production potential.  If she calves too early, she may not have had enough time for maximum udder development and have lower milk production due to continuing to grow while producing milk.  If she calves too late in age, she may have gained too much weight, thus fat, and have metabolic disorders which can cause lower milk production.

However, research over the last decade has shown not only do heifers need to be at the right age, but also the right weight.  Calves can gain an additional 1,550 pounds of milk production in the first lactation for every 1 pound in average daily gain from birth to eight weeks of age.  Heifers calving at 93.5 percent of the dairy herd’s mature can produce up to 20 pounds more milk per day as compared to a heifer whose body weight is 75 percent of the herd’s mature body weight.

In this recently recorded webinar, Regional Extension Dairy & Livestock Agents Tina Kohlman and Aerica Bjurstrom discuss the importance of “right-sizing” heifers, and how one needs scales to measure heifers at various ages of growth. 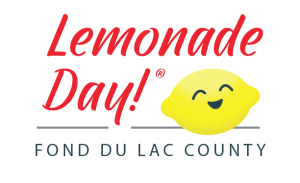 Happening on May 7th from 11 am to 2 pm! Support these young entrepreneurs. Click the icon for a map of locations. Click here for a print-friendly list.