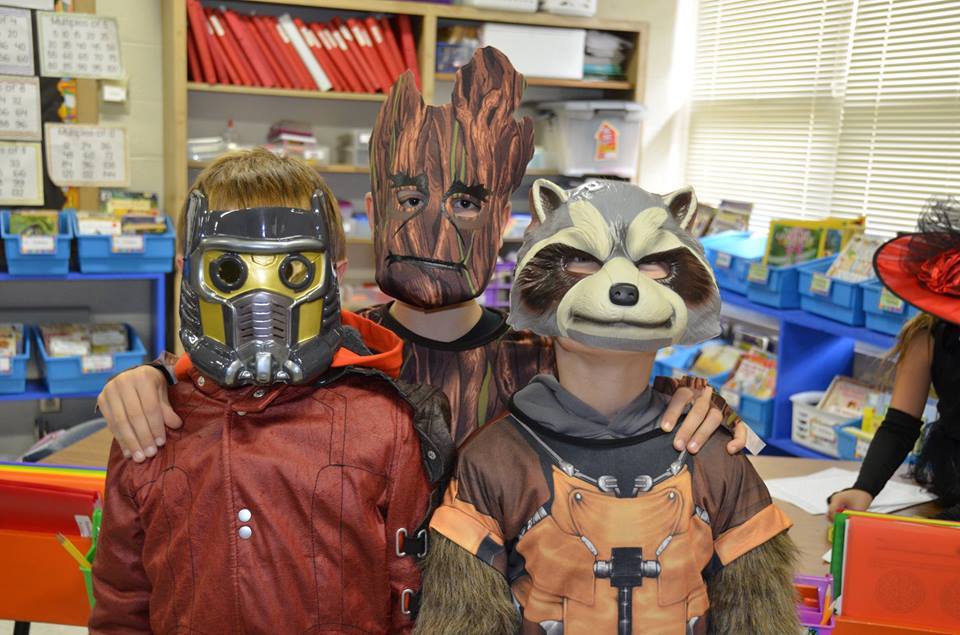 Soon super heroes, princesses, and zombies will be ringing your doorbell requesting a treat.  However, as the parent of a pre-teen or teen, it may often feel as if the trick is on you as your teenage “monster”(?) changes his look, attitude or personality on a daily basis.

While it may be confusing to sit across the dinner table from a “different” person every night, one of the most important tasks for your teen is figuring out just who she is now and what type of person she wants to become.

Just as your young child enjoyed “dress up” as an opportunity to try on different roles, your teen is trying on one style after another, one personality after another, and one belief system after another in an effort to figure out what fits and what doesn’t.  It is this process of “trying on” different identities that helps teens choose between the possible, present, and future alternatives.  Without realizing it, your teen is asking, “Do I share that belief with mom?  Am I comfortable doing things the way dad does? What are the characteristics of my friends or relatives that I would like to have myself?”

Your teen may also be increasingly drawn to “groups” to which he or she belongs or wishes to belong.  (PBS’s This Emotional Life has some thoughtful examples of group identities teens might explore.) Countless movies have illustrated this tendency with their portrayal of cliques such as the “cool kids,” “the jocks,” “the brains,” or the “artsy crowd.” This also explains why your child insists on the same unattractive hairstyle every other boy is wearing or the particular type of skin hugging jeans sported by all the girls. Your child may also have a growing awareness of the cultural and political groupings that define the larger world. Your biracial daughter might question if she feels more at home with one racial identity versus another.  Others question gender or sexual identity. One of the most exciting aspects of this process of questioning is that young people often lead the way toward expanding the boundaries that define group identities and which can lead to social change.

Teens also clarify their identity through interests and hobbies.  From a parent’s’ perspective, teens may appear to be interested in the same things as their friends or  siblings. However, teens see their hobbies and interests as defining themselves as unique individuals. A closer look below the surface can sometimes reveal those uniquenesses as well. Perhaps it is not the cross-country running that is important to your child but the team building or leadership skills he is acquiring. Maybe your daughter is one of many musicians, but music allows her to express inner emotions and cope with her personal turmoil.

Not surprisingly identity formation can be stressful for teens. They may sometimes feel like a stranger even to themselves!  Talking to your teen about his perspectives on moral issues or what makes her happy or his dreams for his future can help your teen think more intentionally about the person he or she is becoming.

Finally, when it all seems too much, keep in mind that Halloween is followed by the season of Thanksgiving. The masks come off, the costumes are put away and you and your teen can both give thanks for the secure, well-adjusted young adult that he or she has become!