When asked about wind energy in Fond du Lac County and Wisconsin statewide, Sherrie Gruder, Sustainable Design Specialist and Energy Specialist at the University of Wisconsin-Extension, provided this interesting information: 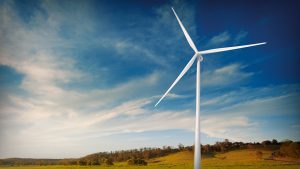 In total Wisconsin has 461 wind turbines that supply 746 MW of power. Our part of the state has an excellent wind resource given the Niagara Escarpment. Forward Wind Energy Center 128 MW, 86 turbines is in Dodge and Fond du Lac Counties. Cedar Ridge of WP&L is 68 MW and 41 turbines and Blue Sky Green Field of WEC Energy is 145 MW, 88 turbines both in in Fond du Lac County.

cannot provide information as to what “people report” -if you are asking about hearsay and subjective complaints, certainly, they are out there. In Wisconsin, somehow wind seems to be a political issue as compared with Iowa for example, where wind energy generates 1/3 of their electricity at 7th lowest cost in the US and is a huge engine of their economy by choice.

I can tell you about the research: there are no objective measures of health impacts of turbines according to peer-reviewed scientific literature in the US, Canada, and other countries. In other words, studies show no conclusive evidence for direct human health effects and wind turbine noise though they have studied  a number of things like whether the sound is disturbing sleep, causing stress, etc. (Community Noise and Health Study, Health Canada and Statistics Canada, 2014; Massachusetts Department of Environmental Protection and Dept of Public Health Wind Turbine Health Impact Study: Report of Independent Expert Panel, 2012, MIT study…) .

Interestingly, subjective symptoms have been found that are shown to correlate with a negative bias in personal/ political attitudes toward wind turbines, attitude to visual impact of wind turbines, whether people see financial gain from the turbines, etc.

FYI, as technology has progressed since the major wind health studies in 2012 and 2014, newer wind turbines are more quiet and efficient than older models.

The science is conclusive as to health effects of air pollution from fossil fuel-based energy and the costs to society. I don’t know the extent of your article, but that is a relevant comparison. A table summarizing the health impacts in term of human costs is in this Scientific American link including asthma and respiratory sickness with more than 5 million lost workdays and 26 million restricted activity days. According to a study by MIT, air pollution from power generation causes 52,000 premature deaths per year with the largest impact seen in the east-central US and in the Midwest. A study by NYU showed that health costs from premature births from fossil fuel emissions are estimated at $5.09 billion. Coal particulates are linked the four leading causes of death: heart disease, respiratory illness, cancer and stroke. Have you looked at the recent articles in the Milwaukee JS about the coal dust coating neighborhood playgrounds in Oak Creek?

You ask about impacts of wind turbines on wildlife. Sighting wind turbines in non-flyway areas for bird migration is an important consideration.